Price vs Value: The importance of understanding the difference

“Price is what you pay; value is what you get” is a famous quote from Warren Buffet that underpins his investment philosophy. It’s also a principle that holds true in the sports landscape when it comes to making recruitment decisions. At Twenty First Group we’re able to identify both the estimated “price” of a player given current market conditions as well as their underlying intrinsic “value” based solely on factors that are indicative of future performance. Understanding the difference between the two can increase the probability of making the right recruitment decisions.

Price is dictated by the market, not player value

The astronomical transfer figures paid this summer demonstrated the financial strength at the top of the football pyramid. In the previous transfer window Premier League sides spent over £2bn, breaking their previous record from 2017/18 (£1.9bn). One of the main reasons Premier League teams are able to spend so much is a result of the league’s broadcast deal, which is driven by the value of the product itself; the league is the highest-quality in the world according to our World Super League model, has had the most jeopardy of all major leagues through variety of winners, and has excelled on coverage and scheduling to connect with fans.

The financial strength of a league is one of the important components the market considers when a player is sold, with clubs in some leagues forced to pay a premium. For instance, our models estimate that when Leeds signed Brenden Aaronson from RB Salzburg his likely price would be £33m, compared to just £22m if a Ligue 1 club were attempting to sign the American.

Conversely, there are also several “super clubs” that are treated independently from the big 5 leagues. These are sides that have spent over £1bn in transfer fees over the last 10 years, such as PSG, Real Madrid, and Juventus, among others. When these clubs are involved in a transfer we tend to see an even greater premium in the market. If a “super club” attempted to sign Aaronson this summer, we’d estimate his price would’ve been closer to £48m. In the end, Aaronson sold for £30m and our ‘value model’ (more on this below) had him at £31m, so Leeds paid a fair price.

When it comes to price, there are several other factors considered important by the market, one of which is remaining contract length. Understanding how the market behaves around player contracts can help clubs make smarter decisions around when to sell. When Raphinia moved from Leeds to Barcelona this summer, he did so having two years left on his contract and our price model estimating his price to be £33m. If he had another year on his contract, his estimated price would have been £39m, and a further 2 years would have bumped his price to £46m. However, if Leeds sold him next summer with only a year left, this would’ve shaved around £7m off his price tag.

It is also no secret that another major driver of player pricing is age. For most players their price will increase through the early stages of their career before peaking and then falling again once they are past their peak. Buying players when they are younger comes with more risk, as their development is uncertain, but is offset by lower prices. However, players who are already performing at elite levels at a very young age – like Erling Haaland and Kylian Mbappé – will cost substantially more than players with similar performance at an older age, simply on the promise of this performance being sustained for longer. These players have the highest price tags in the world, according to our model.

Understanding objective player price points is critical for buyers and sellers. For selling clubs, identifying and understanding the different factors that contribute to the price points of your players can enable you to get the best possible price for a player given the circumstances at the time, or enable clubs to decide whether to hold onto them if they risk losing a player for below market rate.

From a buying perspective, understanding what the market considers to be a fair price can help in negotiations, in providing an objective third-party view on what is the going rate for an individual player.

How can value be valued?

Our value model attempts to remove the market noise that dictates price. For example, understanding value means ignoring the fact that big 5 clubs pay more for players of the same quality, and instead considers factors that are predictive of future performance to understand what is ‘fair’ value in an efficient market. As an example let’s look at RB Leipzig’s Christopher Nkunku, who has recently been linked with a move away. While RB Leipzig consistently play in the Champions League, they are unable to compete financially with the “super club” titans and as a result, given the Bundesliga tends to be a ‘cheaper’ market for players, we estimate Nkunku is priced at £52m by the market. However, he’s contributed 74 goals since joining in 2019/20, 33% of all Leipzig’s league goals during that time. Considering this, our player performance model considers him as one of the top 10 attackers in the world, therefore we estimate his intrinsic value to be £64m, around £12m more than his current market price.

Another player who is currently considered heavily undervalued by the market is PSV’s 23-year-old Cody Gakpo. Broadcast revenue in the Eredivisie is less than 5% of the Premier League’s, and so the selling position of PSV isn’t as strong as clubs in other leagues. Whilst we estimate his market price to be £26m, his intrinsic value is considered to be more than double at £53m given his performance levels on the pitch. Although Manchester United were reportedly quoted a fee north of £40m this summer, we’d still estimate this to be below his intrinsic value and therefore a ‘good value’ deal, if it had gone ahead.

As with price, understanding player value can be equally beneficial for clubs when it comes to player recruitment and identification. For buying clubs it can help identify players like Gakpo and Nkunku who are perhaps underpriced by the market considering the value they can add, meaning they could represent good value deals considering market price. While for selling clubs it can provide insight into how much a buying club could be prepared to pay considering the value of the player helping to aid in any transfer negotiations.

The transfer market is not perfectly efficient, which provides opportunities for smart clubs. With the use of data we’re now able to quantify the distinction between price and value globally, and therefore how to improve your position in the market, whether you’re buying or selling.

If you would like to find out more about how our models can help with transfers and our Performance Intelligence services, please get in touch with Omar Chaudhuri. 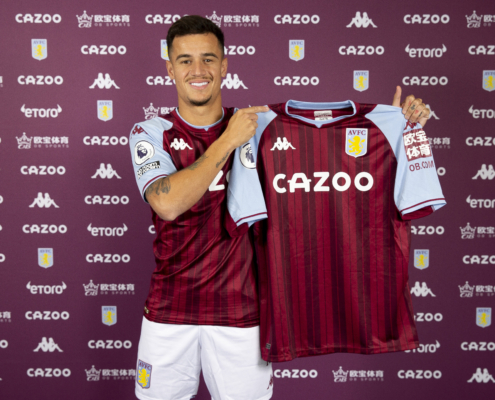 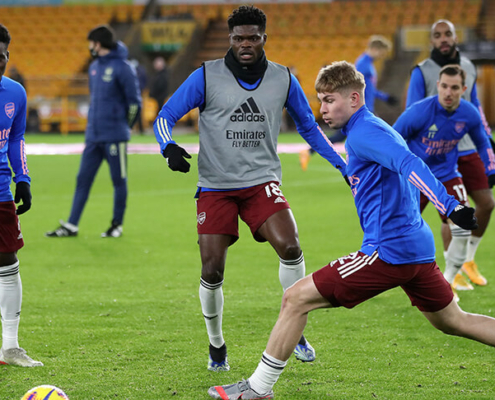