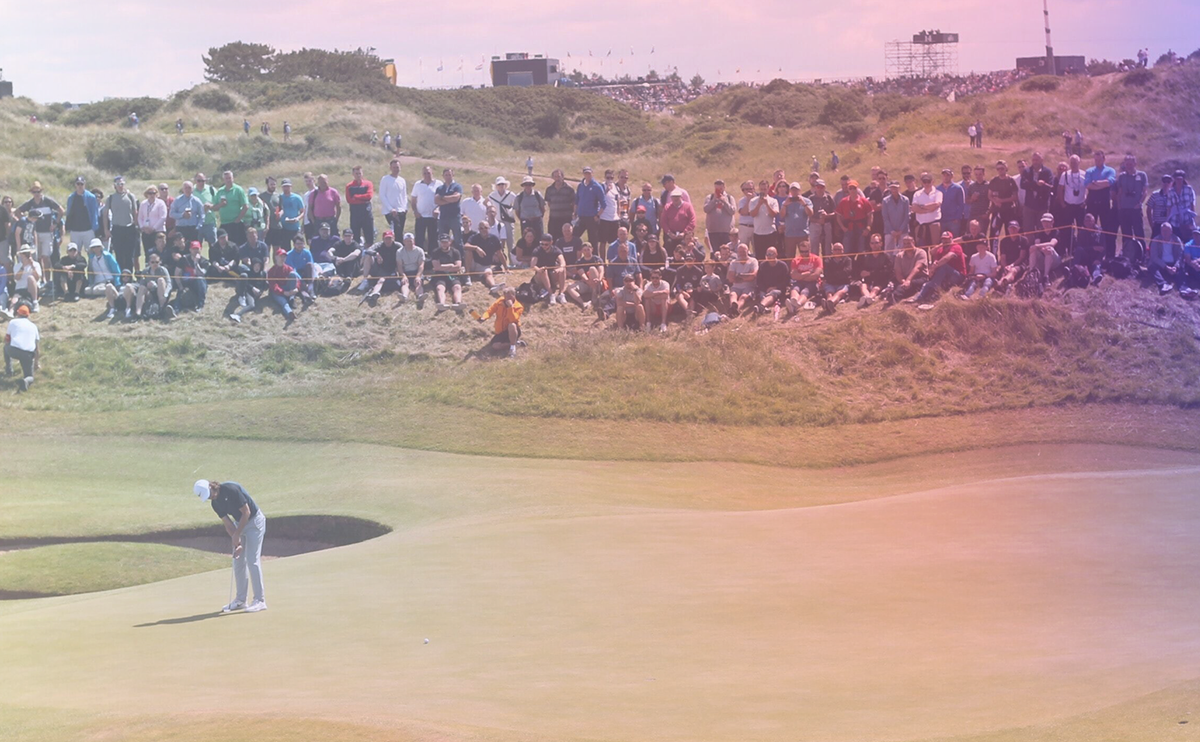 The fan experience, whether physical or digital, is the ultimate driver of every revenue stream that sports properties are seeking to exploit. A number of sporting organisations have leveraged sports docuseries to great effect. Manchester City, Tottenham, Arsenal and Juventus are among the football clubs to partner with Amazon’s popular All or Nothing series in recent years, following in the footsteps of a host of NFL teams and the All Blacks. Now the PGA Tour has announced a partnership with Netflix to produce a behind the scenes golf docuseries. Netflix has also recently announced a deal with the ATP Tour, WTA Tour and ATP Media to produce a behind the scenes tennis documentary. What is driving this trend? Why has Netflix’s F1 series ‘Drive to Survive’ proven to be so successful at grabbing new eyes and unlocking new value? What lessons can be learned?

You simply have to meet your (new) audience where they are.

Covid-19 has taught us that we need to be flexible, and for rights holders, the past two years has dramatically accelerated some already concerning trends.

Consumption habits are rapidly changing and the fight for fan attention has never been more competitive. This has resulted in new business models, with the adoption of new technologies that can help rights holders and broadcasters successfully acquire, understand and monetise new users like never before. The end result is a growing number of incredibly well capitalised platforms that are primed to win in the attention grabbing stakes. Sports properties have to adapt their product and content offering, and find compelling partnership opportunities in this emerging landscape. This has been reflected by the news that the PGA Tour has secured extensions with Twitter, committing to creating exclusive content for Twitter’s new live audio feature Twitter Spaces and SiriusXM, the PGA Tour’s radio channel. These extensions further display the tour’s commitment to proactively engaging with fans to build increased connection.

Docuseries provide fans with a different perspective and unique access, far beyond the snippets facilitated by social media. They get to see what goes on behind the scenes, the big picture, the story behind the goals, tackles, overtakes and putts. A more intimate narrative, revealing the ‘human side’ of entertainment products that have for the most part, focused exclusively on showtime after the whistle blows or the first tee shot struck, allows fans to relate and make a deeper connection with the sport, team, and players. The more connected and engaged fans become, the more likely they are to consume and unlock new revenue opportunities for sports properties and rights holders.

To gauge the potential impact Netflix’s golf series could have for the PGA we can look at the effect that the ‘Drive to Survive’ docuseries has had on the popularity of Formula 1. In 2018 (the last season before the first season of ‘Drive to Survive’ aired) ESPN had an average audience in the US of 547,000 viewers per race. Across the 2021 season an average audience of 934,000 viewers per race watched F1 across ESPN’s platforms, an increase of almost 71% over a three-year period.

This is quite an impact in a potentially high growth and lucrative market that was perhaps previously disinterested in the sport. While it would be wrong to attribute this growth all to the launch of ‘Drive to Survive’ there appears to be a correlation that shouldn’t be ignored.

The 71% uplift in US F1 viewership is even more impressive when you consider the broader headwinds that many rightsholders experienced in this period. Compared with 2019, the 2020 ratings were down 51% for the NBA finals, 61% for the NHL finals, and 45% for the US Open (tennis).

The benefits of increased fan connection

Commercial success in sport is ultimately driven by the passion of fans – the number that follow and the extent to which they care. In the attention economy, where young fans have more demands on their time than ever before, sport must do all it can to remain relevant, requiring it to inspire, excite and engage fans in a way that makes them truly care.

Using Formula 1 as an example we can compare the commercial value of the growing US market and the more established UK market: 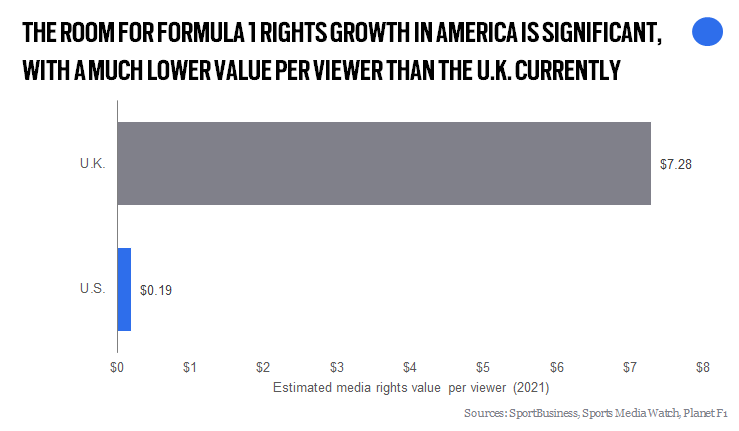 Based on the above data it could be concluded that the US market is considerably undervalued compared to the UK. The vision and investment by the FIA to amplify the Drive to Survive series in such an undervalued region is likely to yield extraordinary dividends in the next rights cycle.

The timing of the announcement from our friends at the PGA Tour couldn’t be better. From a participation perspective golf has enjoyed record growth over the last couple of years – one of the limited activities permissible during the peak of the coronavirus pandemic. According to the R&A, 2020 saw golf participation increase by 2.3 million in the UK and Ireland from 2019. While in the US a National Golf Foundation (NGF) report showed that 24.8 million people played golf in 2020, an increase of 500,000 from 2019.

While the success and opportunities created from the docuseries remain to be seen, sport that authentically ignites the passion of fans in this way will naturally grow the commercial value of any related rights, thus growing revenue to be reinvested into the sport, creating a virtuous cycle (the “TFG Flywheel”) that delivers sustainable growth for the long term.

If you would like to find out more about how your organisation can better connect with fans, please contact Dan Zelezinski.

Read more about our work in golf with the Ryder Cup, PGA Tour, and European Tour.