Fostering the fanbase: capitalising on the Olympic platform 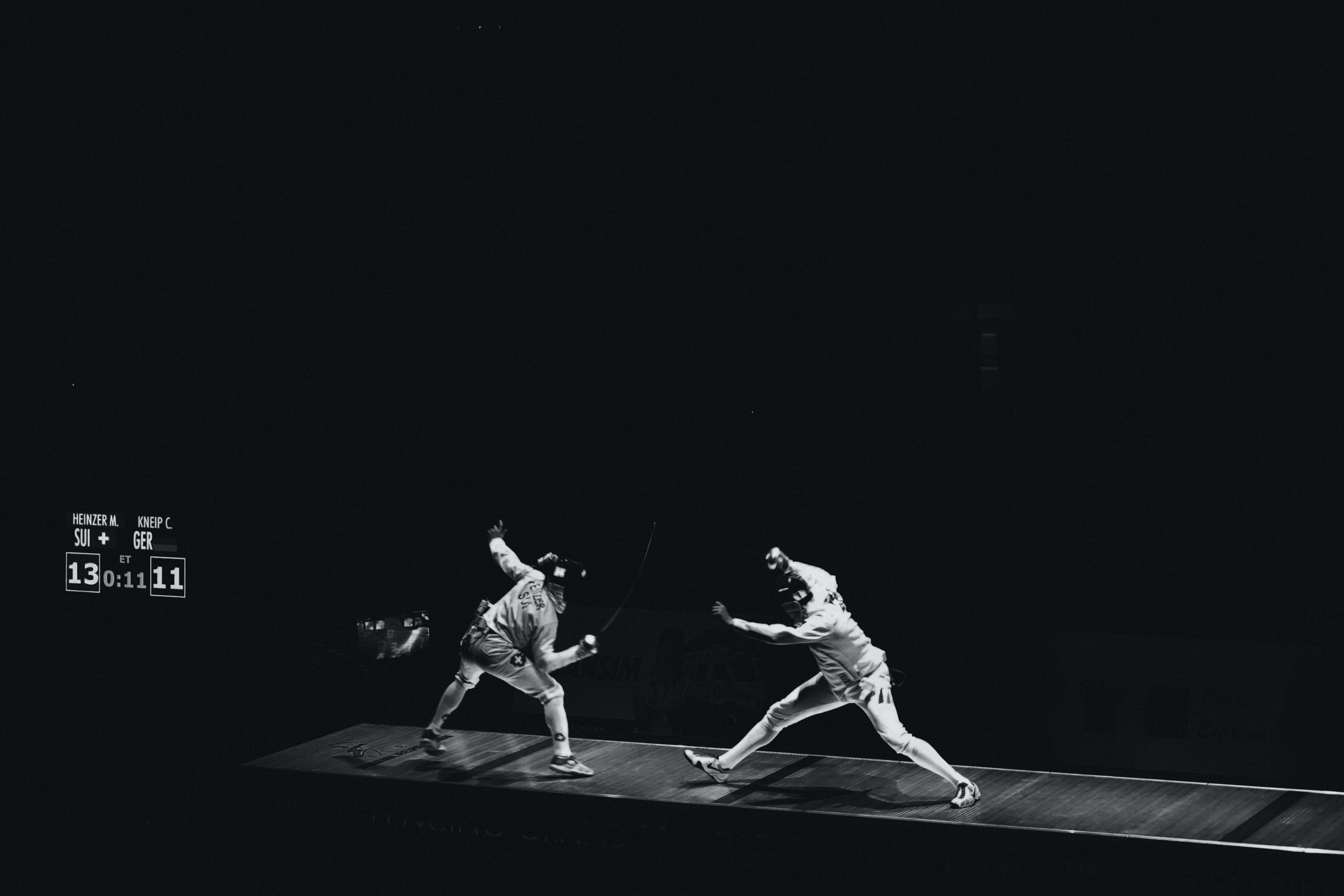 The legitimate concerns that blighted the build up to Tokyo 2020 are now long forgotten – lost in excitement of another compelling Olympic games.  By captivating a global audience, the Olympics once again demonstrated its unique ability to transcend prevailing worries and captivate us all.

In being watched by around 40% of the entire planet, the Games present an extraordinary opportunity to the participating sports to grow their audience.  Outside of the Olympics, a number of the sports that comprise the Games don’t have anywhere near the reach that the Olympics affords. The truth is, many of us will only revisit these sports when the next Games comes around, meaning their governing bodies struggle to financially capitalise on the attention that the quadrennial event brings. 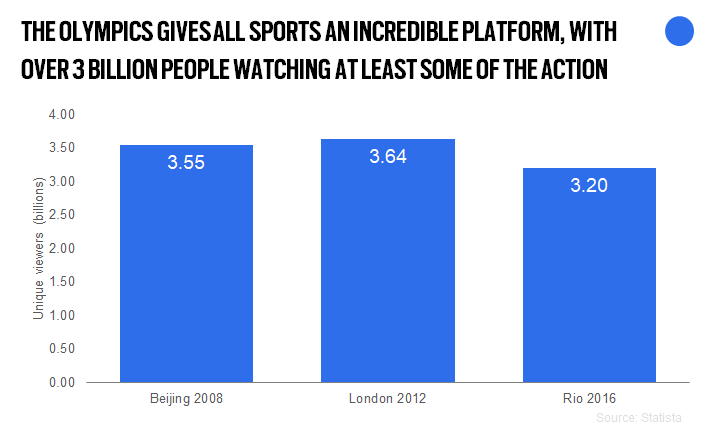 We believe that this isn’t a failing of the commercial process of these sports. Most have not built up a sufficiently loyal fanbase to monetise between Olympics. Instead, the long-term value comes from putting on a compelling show that, over time, means more and more fans appreciate, are excited by, and care for the competition, teams, and athletes within the sport.

Delivering ‘a compelling show’ relies on delivering the fundamentals of a great sporting product:

Delivering all three creates the conditions necessary for these sports to generate commercial value of their own outside of the Olympic Games, and is the ultimate goal of any sporting organisation.

The reason the Olympics continues to be such a success is that it delivers on all three of these pillars. By being framed as the pinnacle of sport, fans are convinced that they are watching the best (‘quality’). Because of the two-week window, the competition formats are short and often give athletes just one shot at a medal, meaning it is the perfect confluence of high stakes and uncertainty (‘jeopardy’). And with everything being competed for under a national flag, even the most mildly patriotic person – let alone sports fan – has a reason to care for their compatriots’ success, even if they know nothing else about them (‘connection’).

It would be unrealistic to expect so-called smaller sports to replicate an Olympic spectacle between Games, but we do believe that these levers are underexploited.

In the case of quality, more can be done to help an uninitiated audience understand just how good the sports’ athletes are. Ranking systems are a clear way to do this, but are often obtuse, opaque, or sometimes even non-existent. When done well, they can tell compelling stories about the excellence or development of athletes or teams. Relating to other sports is not to be sniffed at, either; a tennis fan may not know who the badminton player An Se-young is, but when told that according to her rankings her performance trajectory is similar to that of Iga Świątek, it puts into context what the player is capable of and could achieve. Indeed, we think there is even room for different sports to collaborate on ranking systems such that they are loosely comparable, in the same way that we know Michelin stars denote outstanding food irrespective of cuisine. If a number of sports operated on 0-100 scale rating system, fans can dive into the action and know immediately what standard of play they are watching within that sport. It can also stimulate conversations about GOATness if, for example, a sustained rating of 95 becomes as universally acknowledged as a marker of quality, especially in sports with a head-to-head element.

For jeopardy, too often fans that are new to a sport do not know the extent to which they are watching something that is high stakes (perhaps outside of world championships) or uncertain. Triathlon is an example of a sport beginning to address the former, with plans to move to a ‘majors’ model outside of the Olympics like golf or tennis, where casual fans can more quickly relate to the prize on offer. Uncertainty, meanwhile, can be amplified from scoring systems or formats that minimise ‘dead’ points or moments, and can also be celebrated through win probability models appearing in broadcast – something that cricket has done well in recent years to address the seemingly unanswerable question of ‘who is winning’. A modern-day fan with attention divided across multiple sports and devices needs to know whether it is worth their time to watch an event to its conclusion; a graphic showing that the player or team leading still only has a 55% chance of victory is likely to keep that fan invested for a little longer.

For connection, further playing on the affiliation that fans have with the national flag is something that many sports already take advantage of. SailGP is competed by national teams even though members of those teams can come from a range of nationalities, for example. Thoughtful content, often backed up by the use of statistics and records to celebrate achievements (think how Tony Hawk’s 900 transcends skateboarding), also helps develop compelling narratives that gives fans additional reason to care for the athletes and teams. Commentators who can effectively communicate these stories and achievements on broadcast are, too, critical to conveying to fans both what is happening and why it matters. As we have discovered too with the European Super League in football, fans also have connection to competitions, and it is clear there is an enormous pull from the Olympic brand itself. This begs the question as to whether some kind of ‘Olympic series’ or ‘prequel’ could exist between Games as part of qualification or seeding, helping sports build anticipation for the main event and garner attention outside of their existing fanbase in non-Olympic years.

The mixed medley swimming relay was a great example of an Olympic event that ticked the boxes of delivering a ‘compelling show’ that would draw in fans outside of a Games.  The race was between the countries best at swimming, with teams comprised of the best male and female swimmers in each discipline (quality).  The format was new and unpredictable, with both male and female swimmers competing at the same time creating a compelling race where Britain’s Anna Hopkin was being chased down by one of the greatest swimmers of all time in Caleb Dressel during the final freestyle leg (jeopardy).  The team nature of the race helped to utilise the ‘pull’ of individual competitors such as Dressel and Adam Peaty, but in a team context that mattered more to the uninitiated observer.  The mixed nature of the event and some of the individual narratives (e.g. Great Britain’s James Guy forgoing his chance of an individual medal in service of the team) also helped fans to feel invested in the action (connection). FINA have clearly recognised the importance of the event, and have included it in every World Championship since 2015.

The Olympic Games is the biggest platform for almost all sports to grow their audience, but the thin timeframe repeated just once every four years makes it hard to truly acquire ‘sticky’ new fans. While finding exposure in broadcast outside of Olympic years is important, without a compelling product that replicates the best aspects of Olympic competition that exposure will not deliver long-term value. Creating and telling the stories of quality and jeopardy of these great-but-small sports, in a context that creates a connection, is the way that they can turn the fallow years between games into periods of steady commercial growth.